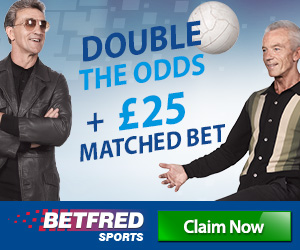 Betfred established in 1967 in Ordsall UK by Fred Done and included only single shop. The Betfred's turnover in 2004 was more than £3.5 billion. Today the company has more than 1,350 betting shops after acquisition of The Tote race betting operator in 2011 for £265m and expanding its presence. Betfred is owned and operated by Petfre (Gibraltar) Limited , a Gibraltar based company, that is responsible for operating the Betfred brand online. The company is licensed by the Government of Gibraltar and regulated by the Gibraltar Gambling Commissioner

Betfred's site supports a moderate number of payment methods, 3 currencies, and is available in one language only (English).